Tigra Harlequin was born Tigra Brosmate in the Secondary Realm of Fegra. Already a member of an all female group called The Lioness’ Den, she was hand picked by Linkera and Mystic Calm to be a member of “The Elite”, a group of people dedicated to fighting Chaos and his Legion.

After her tenure as an Elite member, she became apart of The Baron Four and married Panthra Harlequin. Now serving under Lord Cat Tiamano, she now serves the man she considered an enemy: Chaos.

From loving to twisted…

Tigra during her Lioness days. 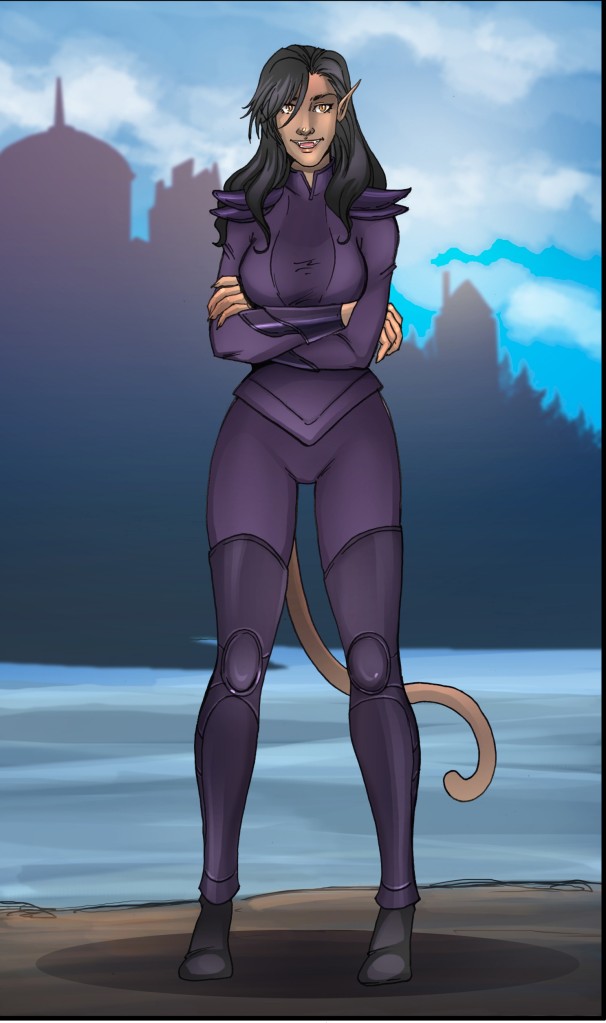 Tigra during her Elite days.

The Elite are a group that was created by Linkera, Mystic Calm, and Mystic Carious

from the Primary Realm.

The Elite is a group of  people blessed with powerful armors that were designed to hold off Chaos and his Legion until those who could kill the madman arrived to fulfill their destiny.

PRINCE SHARD DESTINE  of Old France wore “The Destiny Armor” and was known as DESTINY.

LADY TIGRA BROSMATE of Fegra wore “The Fate Armor” and was known as FATE.

KING UMBRAGE of Giradia wore “The Vintage Armor” and was known as VINTAGE.

No need for oxygen for days at a time.

Categories: The Elite | Leave a comment
Join 376 other followers

Thumbing Through the Book